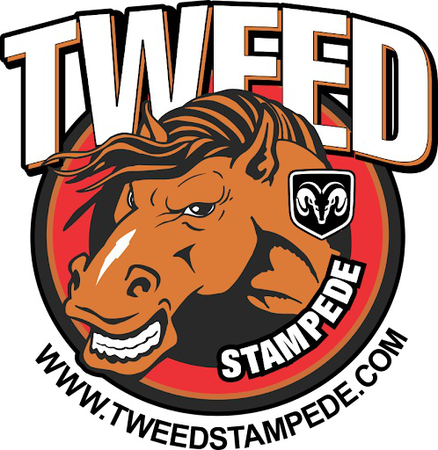 Home
About
Get There
Tickets

By Tweed Stampede (other events)

Welcome to the World of Mutton Busting

A rider steps into the chute and the roar of the onlookers, the thumping crowd-pleasing music and the sounds of livestock recede as they prepare themselves for a ride that will last only seconds and almost surely end with them being hurled to the ground with force. On the other end of those seconds there is either a tasty prize or disappointment. It’s a unfamiliar scene at rodeo's nowadays, but at the Tweed Stampede its a Tradition! Rider's are children between the ages of 4 and 7 and the bronco is a wooly, white sheep.

To be a wool rider, a kid has to be between the ages of 4 and 7 and 60 pounds or less. Entry fees are $20 and cover the cost of renting the sheep. Parents sign a waiver to let their children participate and kids wear protective gear, including a optional vest and manditory helmet with a metal face guard on the front. Just like in the rodeo, sheep are kept in individual chutes. After the kids straddle the sheep and the animals are released into an arena, they get six seconds to try and hang on. Shows go on rain or shine.

other events by this organization